Paying Income Tax in Other States 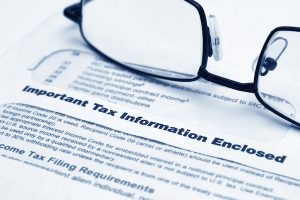 A continuing education provider recently asked a question about working in other states, “I  provide training courses in several states and get hired to speak at national conferences. Do I need to file income tax returns in those states, in addition to my own state?”

The bad news is, yes — you most likely need to file a nonresident tax return in those states. By definition, you earn income where the work is performed, not necessarily where you happen to reside. By the way, did you know that professional football players file a tax return for every state where they play a game? We realize that they may be in a whole different tax bracket, but the rules still apply.

The good news is, the U.S. Supreme Court says that two states cannot tax the same income. So, if you have to file in multiple states, you will file based on the percentage of income you earned in that state only.

Also, some states have reciprocal agreements, so check this list to see if it applies to you. In her article titled What is Reciprocity for State Income Tax?, Tonya Moreno, CPA, says, “Reciprocity means that two states have agreed to exempt from taxation the earned incomes of workers who live in the other state. These reciprocal agreements make it possible for residents of one state to work across state lines and pay income taxes only to their states of residence. The agreements are most common between neighboring states.”

Keep in mind that not all states have the same requirements. Some don’t even require state income tax returns at all (although that’s a very limited number). Plus, income minimum requirements can change, so check with the appropriate Department of Revenue or the Comptroller for the state in which you have done work to see if that income is low enough to avoid having to file.

Best practice: Talk to your accountant.

Here’s another interesting article by Tonya Moreno, CPA, with more information on this subject.