Ticklish Anonymous: How to Help Your Touch-Sensitive Clients

Many massage therapists express frustration with ticklish clients, but as a former touch-sensitive client myself, I am passionate about educating my fellow MTs on how to HELP the most ticklish of clients. 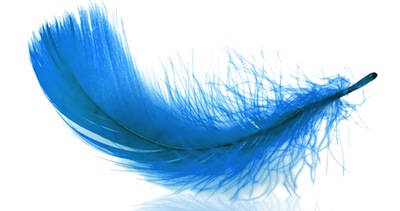 When you were a kid, you probably had a parent, sibling, or friend tickle you. While this is loads of fun for the tickler, it can be torture for the “tickle-ee.” It may start off with the giggles, but it usually ends with fisticuffs. Or, maybe that was just my experience! When we reach adulthood, we usually stop tickling others; but many people still are highly susceptible to the giggles when being touched in certain areas.

As a massage therapist, I have found that many people who dislike massage, (or massage on certain areas of the body) feel this way because they are ticklish. When you are ticklish, being massaged by incapable hands can be unpleasant to downright traumatizing. Just in case you had any doubts about how bad unwanted tickling can be, throughout history, tickle torture has been used by governments to punish people. As a former ticklish person myself, I get a little testy with my MT colleagues who steamroll my tender hamstrings with their forearms and sigh heavily when my involuntary giggling interrupts their routine. I am here to say that ticklishness is treatable, as long as you are in capable hands.

There are two forms of “tickling.” One is called knismesis, which is a lot like the sensation of a bug crawling on your skin. It is caused by light pressure, doesn’t elicit a laughter response, and it is mostly just annoying. The second type, gargalesis, is the most common type to occur during massage. It is caused by deeper strokes and likely provokes involuntary laughter.

There are many theories about why people are ticklish. Some scientists think that the act of tickling another person (mostly children) is to teach them combat skills and reflexes. Our ancestors tickled their offspring to help teach them how to defend themselves in the wild. This makes sense when you consider that the most common ticklish places are those that would be vulnerable to injury in combat (ribs, under arms, neck, abdomen, etc.). A University of Iowa psychiatrist, Donald Black has observed that most ticklish spots are found in the same spots where the body has protective reflexes.

Many massage therapists believe and have been taught that the tickle response is a mask for pain. While this has not been empirically proven, one could make the assumption based on the previous research that the body could be guarding itself for some reason. The client may be stressed so the body is hypervigilant. The client could have some myofascial injury that the body is trying to protect. There is also the possibility that past physical or sexual trauma can illicit the body’s guarding response.

How to Help a Ticklish Client

With the limited research on ticklishness, diagnosing the “why” is likely impossible and certainly out of my scope of practice. However, there are some things I can do to help the client:

1. Warm up the tissue: Many MTs make the mistake of wanting to go too deep too soon. The tissue needs to be worked with to warm up and get acclimated to the touch. This is an important step in gaining trust with the client. When you have trust, the client relaxes. When the client is relaxed…this is where massage therapy actually begins.

2. Touch with certainty: This is also incorporating the previous mentioned notion of client trust. It’s kind of an abstract, intuitive concept. Humor me, and try this experiment: Have a friend close their eyes. Touch their arm gingerly and unsteadily with a few fingers. Now with warmth and focus, place your palm on their arm. Ask them what they felt. What were the differences between the two touches? Did they feel differently after each touch? Was anything communicated after each touch? Touch can communicate volumes, and in this field, it’s important to communicate safety, certainty, and trust.

3. Use a broad surface: Using fingers and thumbs to poke and prod will launch any touch-sensitive client off the table. The palm of the hand or even the forearm are good tools that cover a broad area.

4. SLOW DOWN!: The massage therapist can’t take a battering ram to ticklishness. They will need to go at a snail’s pace. You may think you already go slow, but I assure you that you probably need to go MUCH SLOWER.

6. Give it time: Your ticklish client may need to work with you for several sessions to feel comfortable enough to relax. It’s important to feel secure with a massage therapist, and this might require several sessions before even touching very ticklish areas on the body. Have patience with yourself and your client.

7. Talk about it: If your client has a ticklish response, communicate. Are certain movements more sensitive than others, are certain spots more ticklish? Ignoring it won’t make it go away, and it will likely cause the client to guard their body even more making your job harder.

8. Treat the client with acceptance: I’ve had massage therapists completely give up on treating a part of the body that I said was ticklish. I even have had someone say, “I’m running out of places to massage.” Ticklishness is an involuntary response. It isn’t the client’s fault, they aren’t trying to be difficult, and shaming them about it is like your doctor shaming you for having a fever.

Clients prone to touch sensitivity may just be victims of a massage therapist who was trying to go too deep too fast. At the beginning of a session, tell your client that it is okay to communicate when they are in pain AND feeling ticklish. Ask them to specify if they want certain areas avoided. With the right skills, you can put your jumpy, jittery clients at ease, and their ticklish tendencies don’t have to exclude them from the benefits of massage.

Lauren Burkart is a full-time practicing massage therapist in Arkansas and is passionate about health and wellness. A version of this post first appeared on her blog and is published here with permission.

I come across ticklishness as a reflexologist quite regularly (about 10 to 20% of clients, I’d say). These are all great pieces of advice, but one thing you didn’t mention is that occasionally it’s not necessarily a bad thing if a client is ticklish during a treatment. I’ve had at least a dozen clients (in ten+ years) who didn’t mind laughing when I hit particularly ticklish spots. We just work through it, and let ’em laugh. People joke about how “laughter is the best medicine” but it’s true — the physiological act of laughing itself is very healthy, and can even augment effects of bodywork (again, with certain clients). But you’re right, many people automatically associate ticklishness with uncomfortableness, so it’s supremely important to communicate. Great post, and great topic! — Posted @ Monday, December 30, 2013 10:00 AM by Pat

It seems most massage schools of thought tend to look at ticklishness in a negative light, whereas historical references and our own experience see it from the opposite side. I have included an article that was NOT dealing with massage, but more the psychology of laughter,that I felt was equally interesting. I do apologize in that I lost the source, though fervently looking still:  “The wild, uninhibited laughter of a child, as opposed to the more cerebral laughter of an adult,  can be attained by a prolonged and intense tickling of the soles of the feet. Considered torture by some, tickling itself can actually be a great way to relieve stress if the recipient can handle the stimulation and surrender to the sensation. This is easier said than done-tickling is confusing, a literal love/hate relationship,  as the mind says ‘yes’ and the body screams ‘No’! Tickling can be perceived as both pleasure and pain, like an itch that cannot be scratched. It is this quandary that the body both craves and resists, sometimes  simultaneously. Specifically, tickling the sensory-rich soles of the feet bring other stress relieving factors  [reflexology/nerve stimulation] into play as well. Tickling and laughter are both mysterys that in recent years have received much deserved attention.”  I think many people respond negatively because it is unexpected and they just can’t or wont give in to the sensation of it. But I definitely agree with the last comment made. Interesting!   — Posted @ Friday, January 31, 2014 5:09 PM by Mac