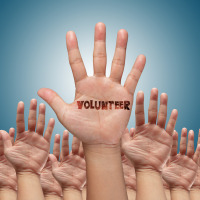 In 2011, approximately 64.3 million Americans gave approximately 8 billion hours of volunteer service. The organization, Independent Sector estimated the value of volunteer time for is $22.14 per hour. This equals $171 billion worth of donated time. It’s too bad that we can’t claim this deduction on our taxes.

I donate a lot of time to various organizations. My numbers are much higher than the national averages. I tallied my hours for last year and they totaled more than 600! Granted, that was an exceptional year, yet I believe that a lot of people in our industry donate a considerable amount of time to professional and civic organizations.

What type of organizations do you donate your time? How many hours do you typically donate each year?

In February 2013 the Bureau of Labor Statistics posted some interesting data on volunteering. Here are some of the highlights:

Married persons volunteered at a higher rate (31.9 percent) in 2012 than did those who had never married (20.7 percent) and those with other marital statuses (21.3 percent). The volunteer rate of parents with children under age 18 (33.5 percent) remained higher than the rate for persons without children (23.8 percent).